Science fiction’s most creative minds hashed out a future many of us never really thought would happen. This was decades before the computer revolution began spreading to all corners of the developed world in earnest! Today that technologically advanced future seems closer than ever – self-driving cars and hoverboards included.

Advancements made so far in this field wouldn’t have been possible without robotics. Skilled men and women both have played an important role – bringing the world closer to a technologically advanced future where robots help humans.

Lower Number of Women in Robotics – Is It Only a Man’s Field?

Few women venture into STEM related fields and careers due to misconceptions and biasness spread against women. In fact, increasingly low numbers of women in the developed world enter this field and those that do suffer throughout their careers and study. Why is this so?

Many believe STEM related fields are still very much a man’s domain, that STEM education is too difficult for women. Additionally, women scientists are questioned more in terms of their credibility than their male counterparts.

The STEM field is as much of a women dominated field as a man’s world, judging from the following women scientists.

Aged 56, this young and talented scientist is working to uncover causes of neurological conditions (like Alzheimer’s and autism) in people.

The world must have more primatologists seeing the work of one in particular. Jane Goodall, renowned primatologist and ethologist is known for her work at the Gombe Stream Reserve in Africa.

After years of chimpanzee observation (in their natural habitat) and resulting research, now Goodall is considered the world’s leading expert on chimps. She is also a strong advocate for conservation of the world’s endangered primate population.

A presiding professor of Chemistry at CALTECH, Barton discovered that DNA conducts electric current yet not as well (or not at all) when disrupted by damage from certain mutations or chemicals.

This important finding is helping researchers to look for mutations using alternative methods i.e. chips made of DNA strands attached to gold on silicon wafers.

Another on-going research of the professor is whether nature has developed tactics to cope with such damage, making scientists and researchers think about DNA in an entirely different way.

They say science, engineering, math, and technology come in a man’s forte yet these women have showed the world that girls can choose STEM education too!

Equip your children with the best, Aerobotics Global has to offer namely learning coding for robotics , based on real components and concepts! Know more about our after school program today!! 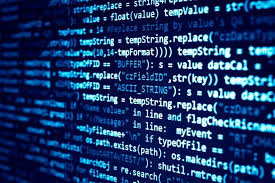